4. STRAIGHT THROUGH THE HEART

5. GIVE A LITTLE LOVING

I started playing guitar at school (Christopher Wren in Shepherds bush) when i was 13, mum and dad bought me a "Raver" guitar from a shopping "pay weekly" brochure.

My two brothers did the same and got me  a small "Leo" amplifier..that was it...i was away.

Strumming away for an hour in my bedroom every day,putting on Led Zeppelin/Black Sabbath/Journey songs on the record player..playing along and learning tricks etc from these guys.

then, after a few more gigs and some recording..went off to L.A. to team up with a rhythm section out there, and won the "Battle of the Bands" contest at Gazzaries club on the Sunset Strip. 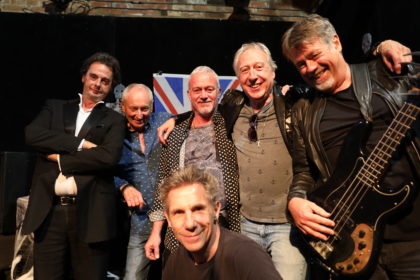 Keep up to date with Ron’s news events and competitions by signing up here...